(CNN)For the second time in just five days, the Northeast is facing a major coastal storm, or nor’easter, which is pushing ocean water over storm walls and into the streets of many coastal cities.

The flooding comes as a major report released this week by the National Oceanic and Atmospheric Administration highlights a growing threat facing coastal communities in all parts of the United States.
As sea levels rise due to global warming, the kind of flooding currently experienced only in storms will happen during normal high tides. It’s known as “sunny day flooding.”
“Sunny day flooding, or high tide flooding, is flooding which is increasingly happening with no storm or rain in sight,” William Sweet, report author and NOAA oceanographer told CNN.
“It is a direct response to years of local relative sea level rise,” Sweet said. 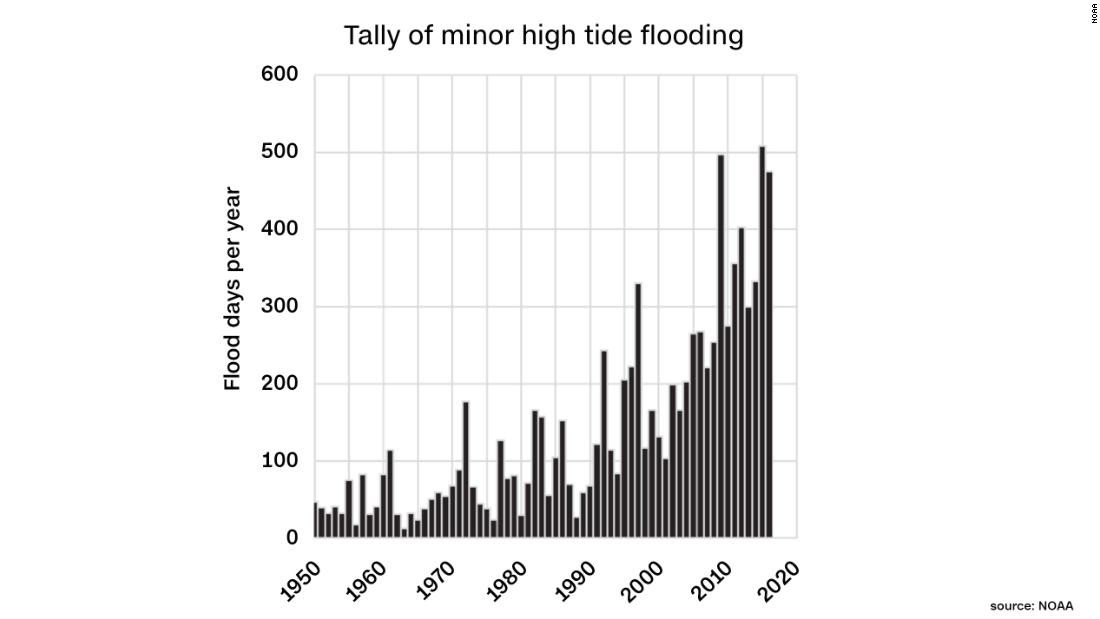 Number of days with minor flood levels measured at NOAA tide gauges across the U.S.
That rise has been measured by NOAA’s array of tide gauges that line every coast of the US mainland and territories including Alaska, Hawaii, and Pacific and Caribbean islands.
Examples of this storm-free flooding happening now include the “King-tide” floods in Miami and Charleston, which clog stormwater systems and flood some low-lying roads and vulnerable infrastructure. 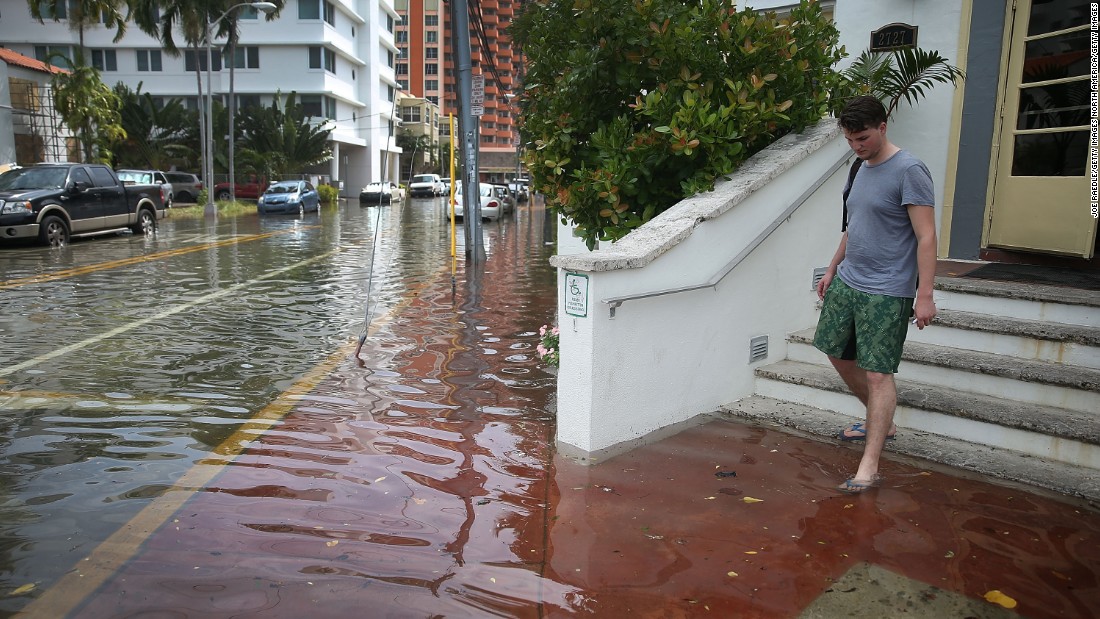 The City of Miami Beach is in the middle of a five-year, $400 million storm water pump program and other projects that city officials hope will keep the ocean waters from inundating the city.
“With sunny day flooding, we see a high tide on steroids,” according to Erika Spanger-Siegfried, a senior climate analyst from the Union of Concerned Scientists. The group was not affiliated with the study.
“It can reach into our communities and leave us stranded in our cars, stuck at home, sloshing through water, unable to get to school and work … not a catastrophic flood but it can disrupt our ability to go about our normal lives,” said Spanger-Siefried.
But according to Sweet and his colleagues, this nuisance flooding is becoming a much greater and more frequent concern.
At a majority of the tide gauges analyzed on the East Coast, the rise in sea level was found to be accelerating — and that trend is expected to continue. 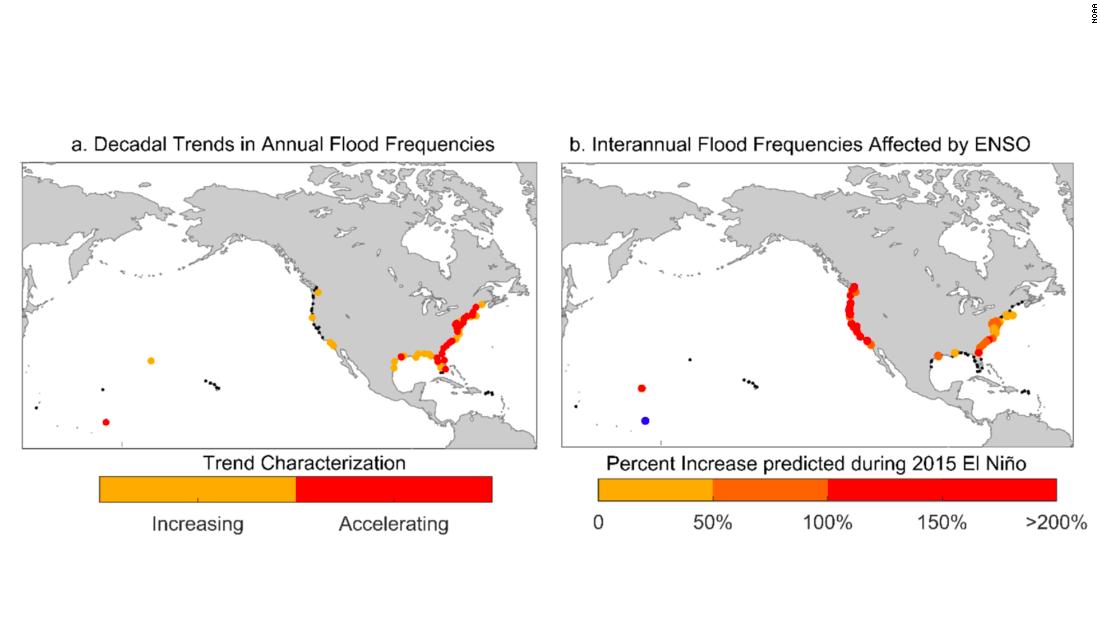 By 2050, high-tide flooding would occur up to 130 days a year in cities along the Northeast Atlantic coastline, according to the “intermediate” scenario (considered a likely scenario based on current and projected greenhouse gas emissions) presented in the report. In the western Gulf of Mexico it would be 185 days per year and 80 days per year for the eastern Gulf. These locations currently see between three to six days of flooding in an average year.
The West Coast, while still seeing increases in sea level, is less vulnerable to high-tide flooding. That’s because the rates of sea level rise have been generally lower and higher elevations and coastal geography make it less vulnerable.
Pacific coast locations would see around 30 to 35 days per year of high-tide floods by 2050 (compared with one to two days currently). El Niño years would likely see additional floods on the West Coast due to warmer waters and more storms.
But by 2100, high tide flooding will become daily flooding — with nearly all regions experiencing high-tide flooding 365 days every year.

Current storms provide a look into the future 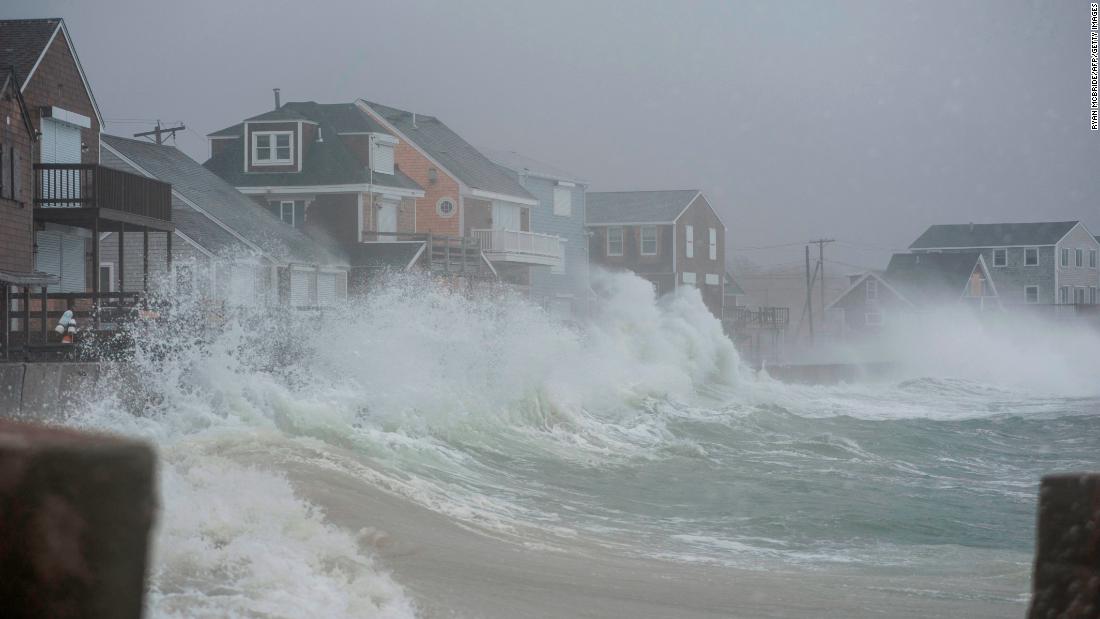 Recent nor’easters, such as the one currently hammering the region, show us the sea level rise path we are on, according to Spanger-Siefried.
Current tide heights have reached and even surpassed the famous blizzard of 1978, which saw tides rise more than 4 feet above normal, even though they were lesser storms, because they had the advantage of higher baseline sea levels.
As sea levels continue to rise, storm tides will climb even higher, bringing destructive floods even during not-so-extreme storms.
“With higher sea levels, the probability of such events causing minor-to-major [1.5 to 4 feet above current high tide levels] flooding is increasing,” said Sweet. 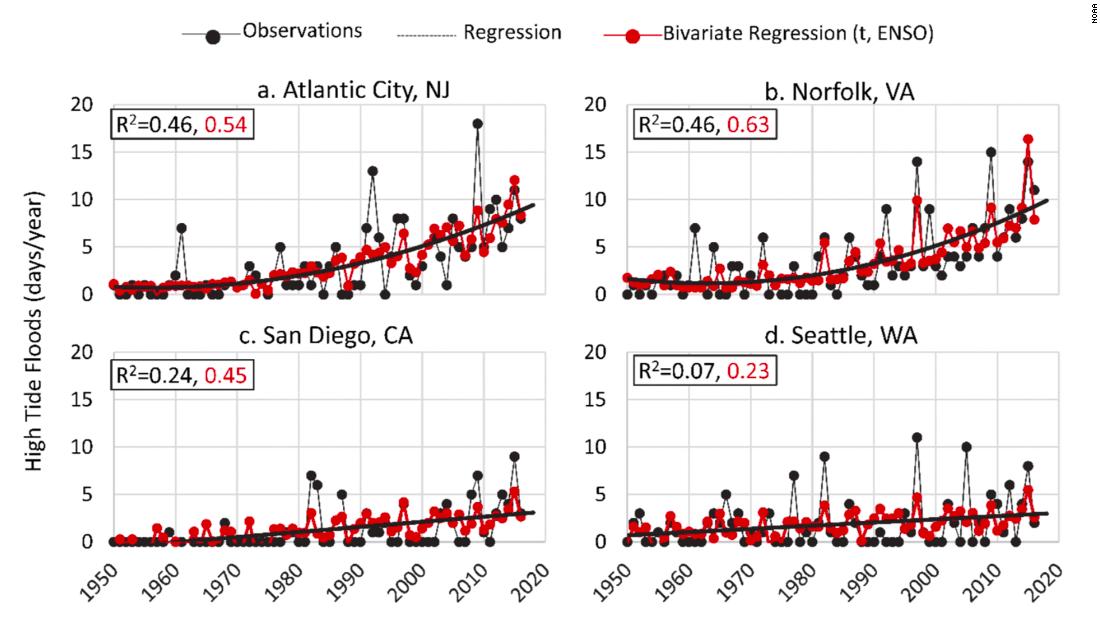 Trends showing accelerating sea level rise observed in East Coast cities and linear increases along the West Coast.
But it won’t take a storm to see pictures like we have seen from this winter’s nor’easters. “The area of Boston that flooded during our January storm and sent dumpsters floating down the street is about the same area that will flood chronically, just with tides, in roughly four decades,” said Spanger-Siegfried.
The Union of Concerned Scientists has produced maps, unaffiliated with the NOAA report, that show areas that will be routinely impacted by high-tide floods in the coming decades.
Greenland’s melting glaciers may someday flood your city

Time to prepare is now

Even if the rosiest projections are used, where sea level rise continues at its current rate without accelerating — considered extremely unlikely without swift and immediate action to curb greenhouse gas emissions — high-tide flooding will still be a major problem in some of the largest cities in the country.
New York, under the low-end scenario, is still looking at 130 high-tide flooding days per year by the end of this century, while Miami and San Francisco would experience 60 and 30 days per year, respectively. 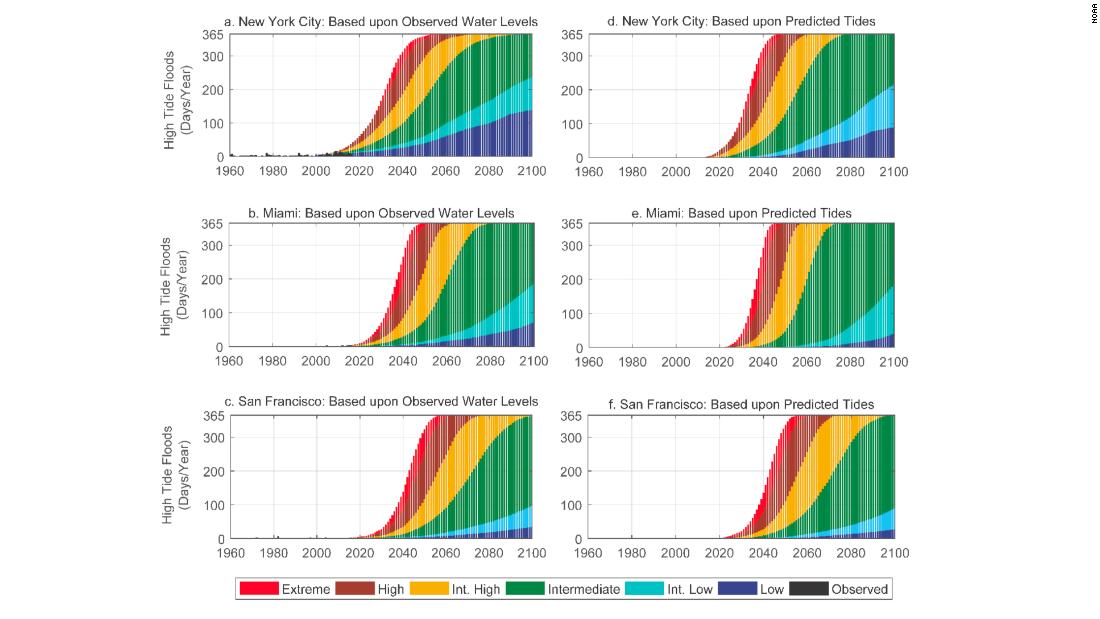 Projected annual frequnecies of high tide flooding for key cities based on different scenarios of global sea level rise.
With this report, Sweet and his team from NOAA’s National Ocean Service hope to inform coastal community managers and policy makers of the significant and imminent threat they are facing from rising seas.
“Understanding the risk to communities from relative sea level rise is important to mitigating and preparing for flooding impacts,” Sweet said.
But the time to prepare is now, and some cities such as Norfolk, Virginia, Miami Beach, Florida, and Charleston, South Carolina, which are already seeing sunny day flooding a few days every year, are planning or implementing large-scale engineering solutions to deal with the rising sea levels.
But there are still ways we can all help to “stem the tide.”
Join the conversation

“There are real differences in the flooding that is projected under different future sea level rise scenarios,” according to Spanger-Siegfried.
“By reducing global warming emissions and slowing the rate at which sea level rise accelerates, we can buy ourselves time to adapt to the change that’s already in the pipeline.”